It is with extreme indignation and demanding justice, that the Landless Rural Workers Movement (MST) denounces the murder of the young gay and peasant Lindolfo Kosmaski. Lindolfo was killed this past Saturday, May 1, 2021, in the city of São João do Triunfo, in the state of Paraná, where he lived. Evidence points that it was a hate crime, caused by homophobia, as the killers, in addition to firing two shots at the young LGBT, also set his body on fire.

Lindolfo was 25 years old, he was a graduate student of the Degree in Rural Education class at the Latin American School of Agroecology (ELAA), located in the Contestado settlement, in the municipality of Lapa (PR). He participated in several MST training activities, such as courses and meetings of the LGBT Sem Terra collective and Journeys of Agroecology.

He was a humble, supportive and dreamy young man. He worked as a teacher in the state school system in Paraná and in the last municipal election, he ran for councilor for the Workers’ Party (PT) in the municipality of São José do Triunfo. In addition, he was continuing his studies with a master’s degree in the Graduate Program in Education in Science and Mathematics at the Federal University of Paraná (UFPR).

In this moment of pain, the MST extends all solidarity to family, friends and demands that the competent bodies be able to speed up investigations and find the culprits of this heinous crime.
His departure takes place in the month in which we reaffirm the fight against all forms of violence, represented by the International Day for the fight against LGBTphobia, 17 May. In this sense, the MST highlights its commitment to fight for a society without LGBTphobia and in the construction of a world where life and all forms of being and loving are fully guaranteed. 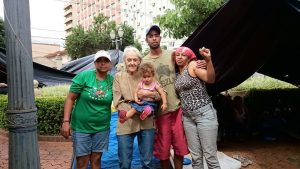 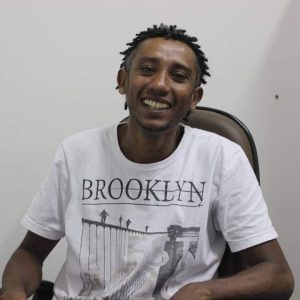 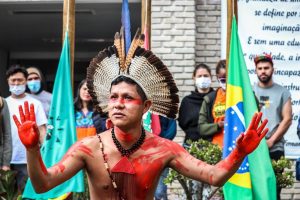