From the International Peoples’ Assembly we express our internationalist solidarity with the indefinite National Strike that the Colombian people have been carrying out for the last 6 days against the neoliberal and uribista model in crisis. We also reject the brutal repression unleashed by the national government led by Iván Duque against millions of protesters that have taken the streets and legitimately used their constitutional right to protest. Further, we reject the announcement on the night of May 1 to call on the Army to control the streets and key points of mobilization of the Strike.

The situation that Colombia is going through right now is extremely serious, and it is the effect of a deep social, political, economic, public health and humanitarian crisis that the country has been suffering under the government of Iván Duque, a key ally of imperialist interests of the United States in Latin America. The Duque government is also a key destabilizer in the political situation on a continental level, and has played an especially important role in the attacks against the Bolivarian Revolution.

Just in 2021, in Colombia 57 social leaders and human rights defenders were assassinated for political reasons, 33 massacres against different populations were carried out, and 23 signatories of the Havana peace agreement were assassinated. It is a dramatic humanitarian crisis that has gotten worse with the state repression in the last 6 days which has resulted in: more than 35 assassinations of civilians in different cities of the country by the police, dozens of protesters and hundreds of detained without legal process, that are arrested by the police without being informed of where they are being taken.

All of this has taken place with the complicit silence of the international community that seems to have turned its back to the open and systematic violation of human rights in Colombia, where members of the security forces, under order of the president and of the ex-president Álvaro Uribe, are shooting indiscriminately against the civilian population. It seems they are only concerned with creating the show of indignation about human rights when it is about Venezuela.

For these reasons, from all the organizations, movements and platforms on an international level that make up the International Peoples’ Assembly, we demand that the assassinations of protesters in the National Strike stop, that they have minimum democratic guarantees, and that the president Iván Duque withdraw the decision to deploy the Army to the streets. We cannot allow the militarization of the cities and the territories, nor will we back down from condemning the flagrant violations of the fundamental rights of the people who protest to demand a dignified life. 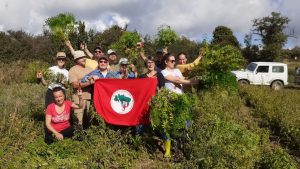 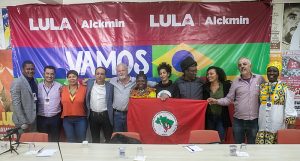