By Rafael Soriano
From the MST web page

As a wanderer of hope, work, and changing people’s lives, Paulo Freire spread a legacy across all continents. Freire lived in Bolivia, in Chile, in Cambridge (England), in the USA, in Geneva (Switzerland), and visited many places in the world. From his work in the World Council of Churches, of which he became Special Consultant in the Department of Education, Paulo Freire “wandered” through Africa, Asia and even Oceania.  But, his steps through “the heart of the world”, the African Continent, mark the liberation struggles of some of these peoples.

He was practically escorted to La Paz by the Bolivian ambassador himself, in the midst of the resistance of the first months against the dictatorship of 1964. As a political refugee in Chile, Freire had already begun to export his liberating pedagogy, in constant contribution to the educational and agrarian development agencies of that country. Like Bolivar’s sword, which wandered throughout Latin America, Freire’s pencil and paper, blackboard and chalk also wandered throughout the continent, illuminating revolutionary experiences in the name of the emancipation of people through knowledge.

The broad cultural and educational process of eradication of illiteracy in the Sandinista Revolution in Nicaragua and a multitude of other historical examples set in motion Paulo Freire’s legacy of a Pedagogy of the Oppressed. Freirean thought was a direct influence on the National Literacy Crusade, which, according to Freire himself, “besides achieving impressive statistical successes in reducing illiteracy, constituted a great movement of mobilization and education, both of the literate and the literate who together grew in their reading of the Nicaraguan reality” – text extracted from the book Pedagogy of Commitment (2008).

The Critical Popular Education practiced by thousands and thousands of educator-educated people from Sandinista Nicaragua to the most diverse corners of Latin America is marked by the engagement in nationalist and libertarian mobilizations, centered on the people’s right and popular sovereignty.

Paulo Freire becomes one of the most prominent thinkers of the epistemological South, putting it in global perspective. In Asia, we see confluences with Ambedkar’s thought, according to India’s Theatre of the Oppressed facilitator, Arundathi V. She says that B. R. Ambedkar confronted India’s caste system from the “perspective of the Oppressed.” “Like Freire, Ambedkar finds in those who suffer the most oppressions and exploitation the greatest force for liberation,” Arundathi explains.

As a member of the World Council of Churches, Freire was mainly involved in the realities of Portuguese-speaking countries: Angola, Cape Verde and, to a greater extent, Guinea-Bissau. But he was also in contact with Gabon, Tanzania, Kenya, Senegal, Botswana and Zambia. This is what Vivian Valério, a researcher on Africa and racial issues, linked to the World Political Economy program at the Federal University of ABC (UFABC), explains.

“Paulo Freire influences, affects, and is greatly affected by all these relationships. In relation to Guinea Bissau, Freire comes across Amilcar Cabral. He takes advantage a great deal of what Cabral has to teach and gets another reading, for example, of Gramsci. Thus, he starts to remodel, rework, and revise a series of concepts based on these experiences he is having,” points out Vivian. When it comes to the literacy process and contextualized education, Freire, in his Pedagogy of Work, starts to transversalize the historical-political perspectives in the generating themes for literacy. “Bringing Food from Health, Production from Work, as we read in his accounts in the ‘Letters to Guinea-Bissau’,” she explains.

According to Vivian, Paulo Freire builds bridges with Julius Nyerere (Tanzanian leader) and even reports that Samora Machel (Mozambican leader) is one of his masters, as well as Amilcar Cabral. “You only have to open the pages of one of the most important books of Freire’s thought, Pedagogy of Autonomy, to see that it is entirely dedicated to Frantz Fanon [intellectual critic of colonial racism],” reports the researcher, in reference to this intellectual and political exchange between Freire and decolonization thinkers on the African Continent. She points out that, as in Guinea-Bissau, Paulo Freire’s encounter with these countries takes place precisely in the post-liberation  reconstruction moment, and that for them “literacy was seen as a second liberation”, she concludes.

The Fred M’mbembe Literacy and Agroecology Campaign is an initiative of the Landless Peasant Movement (MST) in partnership with the Socialist Party of Zambia, aiming to transform the reality of a country with rates of over 55% illiteracy in the official language, English (despite the existence of over 70 regional dialects). The Campaign operates throughout the national territory of Zambia, giving priority to regions with critical illiteracy rates, around 47.3% of the population, such as Western Province, North West and Luapula.

The MST Samora Machel Internationalist Brigade has been coordinating work on the African continent since 2008, having also worked in Mozambique, Ghana, Zimbabwe and South Africa, and has started the Campaign in Zambian territory since November 2020, taking all the precautions related to the Covid-19 pandemic. Paula França, coordinator of the Brigade, reports that, from the theoretical-practical perspective of Paulo Freire, the Campaign points in the direction of a people with more access to rights (which eventually depends on reading in the official language) and with less inequalities, such as the emblematic gap between men and women.

Dialogue as the foundation of liberating education has been experienced by the internationalist militants of the MST who are in Zambia. “Paulo Freire’s essence was education as a practice of freedom, and once again his thought is consolidated on a double path: we are both socializing our experiences and the knowledge we have accumulated from our literacy experiences in Brazil and Latin America, as well as learning a lot about the reality of Zambia and the African people,” reports Paula França.

At the root of the Landless peasant alliance with the African peoples, the steps of the experiences of education for freedom referenced by Paulo Freire continue their historical path, transforming lives and announcing a world of emancipation. “For us, who are fulfilling an internationalist task, being able to coordinate a campaign that has Paulo Freire’s thought as its theoretical basis is very important. For us, there is a link, a direct connection, and this is a reason for great joy. It has strengthened our internationalist fighting spirit, this Freirean conception of a liberating pedagogy”, Paula França conveys. 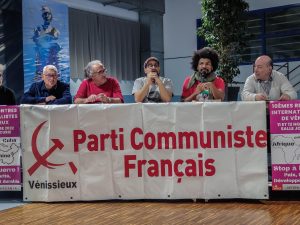 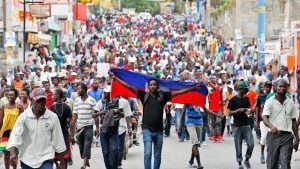