By Fernanda Alcântara
From the MST webpage

Fray Sérgio Görgen is the living record of the fight waged by poor peasants against the tyranny of the large land estates. When we look at his trajectory, we can observe his tireless work in several fronts, from his participation in social and political movements to his fight for land rights and healthy food, with books that denounce transgenic foods.

In an exclusive interview, Fray Sérgio accepted the challenge of remembering Paulo Freire’s experience in an MST settlement in the municipality where he currently lives, in Rio Grande do Sul. He has witnessed police aggression and torture of the landless, and has related episodes in books such as “The Massacre of the Santa Elmira Estate” and “A scythe far from the earth.”

“I come from a generation that had Paulo Freire as one of the great icons. That idea of adult literacy was something that enchanted me right from the start, even before I read ‘The Pedagogy of the Oppressed’, incredible as it may seem,” he said.

“It struck me that most of the workers in one of the villages where we worked were illiterate. Because illiterate would be if you don’t want to become literate yourself. Now when it is a historical process that excludes you, then you are illiterate.”

To apply the Paulo Freire method of literacy, Fray says, required a lot of research, especially into the vocabulary and thematic universe. “In the late 1990s, we did a survey in the camps and settlements of Rio Grande do Sul and realized that a very large number of our people were illiterate or functionally illiterate.”

An important defense that Fray Sérgio makes of these studies is Paulo Freire’s vision that education does not happen exclusively in school: it has a social context. “A community radio station has to be educational, a pastoral ministry, a relationship between field technicians and peasants has to be an educational relationship”, he states.

From this first research, groups of monitors were formed to study the pedagogy and philosophy of Paulo Freire. “It is not a mechanical method. If it is applied mechanically, it might not have the same effects. It is an interactive, politicizing method, based mainly on debate, on emotion, it’s not just a rational thing.”

It was in this group that the idea of inviting Paulo Freire to visit one of these literacy projects in a settlement came up. At the time, Freire was Secretary of Education in the city of São Paulo and Fray Sérgio traveled to São Paulo to meet him. “He was a really wonderful person. Everything that people say is not enough. He received me warmly, we talked, I told him what we were doing, I brought him photos of the people working, class reports, and he was delighted. He was visibly moved.”

Paulo Freire’s visit was also very emotional, even in the face of an unfavorable situation due to bad weather that made access to the region difficult. “We explained to him all the problems that could happen: we could crash, fall into a ditch, stop in the middle of the road, everything you can imagine. Then he said a sentence that I consider emblematic, I consider for me the greatest synthesis of Paulo Freire’s thought:”

“How is it that I, asking and affirming, how is it that I who wrote ‘The Pedagogy of the Oppressed’, do not go there where the oppressed write their pedagogy?”

In the settlement, commotion, happiness and a lot of shared knowledge set the tone of the historical encounter. At a certain moment, a widely discussed issue was exposed to the thinker: the experience, said Fray, is that classes used to start with 20, 30 people, but as soon as people learned how to write their names, 80% didn’t show up anymore.

“We asked Paulo Freire, ‘Where are we going wrong? Why don’t people stay?’ And Paulo Freire answered: ‘You are not making any mistakes. You have done your work. And he asked: ‘Have any of you ever seen how an illiterate person is treated when he arrives at a place? Someone shouts: bring the ink pad because another one of those has arrived. Do you know the humiliation of not being able to write your name? And when the person managed to learn how to write his name, he became a different person. And maybe her goal was not to have that humiliation anymore.

After all, the evasion in the courses was no longer related to a flaw in the method, but to adult literacy guaranteeing a first step of citizenship: the conquest of no longer being humiliated in public space.

After this response, the group was much more encouraged to continue its work. After all, the courses’ evasion was no longer related to a flaw in the method, but to adult literacy guaranteeing a first step in citizenship: the conquest of no longer being humiliated in a public space.

Another captivating story of this meeting, says Fray, was talking about the song “A Caneta e a Enxada” (The Pen and the Hoe), presented to Freire during the visit, a country song where the pen and the hoe don’t understand each other (listen to the song here). “There is a conflict there between theoretical, intellectual knowledge and practical work.” Paulo Freire said to us like this “it is not good that this culture is established. The pen and the hoe have to talk to each other, they have to dialogue. Then we created that symbol, with a pen on one side and a hoe on the other, one spliced into the other, as if the pen were the hoe handle”. Fray Sérgio also remembers another instrument that served as a comparison, made on the spot by a young settler. “It is as if Paulo Freire’s thought were a pair of pliers to cut the fence of the land estates of knowledge. Because they already knew how to cut the fence with pliers; now they were using his thought as pliers.”

Responsible for ensuring Paulo Freire’s return, Fray Sérgio recalls a moving confession about the visit and his general view of the settlers with whom he lived.

He said, “I have been to many places in the world. I have seen a lot of poverty in all corners of the world (…), but nowhere have I seen poor people with as much dignity as in the settlement I found here. Poor people with their heads held high. This is one of the greatest contributions of the MST. We see that they are poor, we see that they have great needs, but they learned to walk with their heads held high. It is poverty lived with dignity.”

With respect to Paulo Freire’s legacy, Fray Sergio points out that his studies are still a great challenge for all of us, but that his figure is still alive and present, which is the most important thing. “Paulo Freire was a thinker who thought the world from the world itself; he had his feet on the ground and his head in the world. And his last writings were already dealing with issues like ecology, like the acute civilizational crisis that we are living today. His last speeches, inclusive, already bring these elements”.

For him, the pandemic puts us in a completely different situation than the one we have lived until today, especially in face of the crises we live in. But it is exactly at this moment that Paulo Freire becomes so important again, since we will not get out of this crisis without looking at ourselves, without talking a lot, without knowing our own reality. After all, the first step in Paulo Freire’s education process is: get to know your own reality.

Fray Sérgio recalls the core of Paulo Freire’s pedagogy of the oppressed, where “through their pedagogy, they organize themselves to overcome oppression, to be free, to be people, to be citizens, women, indigenous, blacks, workers, and to build a liberated and libertarian society. That is the central core of his thought.”

He concludes, “I think he is a very important thinker, very alive, very current for us, but together with so many others; because it is not just one light that will illuminate a night as dark as this one we are living, we will need many lights.” 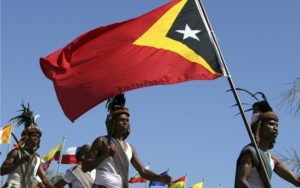 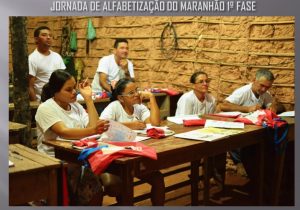