In the context of the Paulo Freire Centennial Days of Struggle, the international solidarity campaign “Bicycles for Zambia” is being launched, in support of the Fred M’membe Literacy and Agroecology Campaign, in Zambia, a country in the southern region of the African continent.

Since the beginning of last May, the Fred M’membe Literacy and Agroecology Campaign has been running its course in three provinces: Lusaka, Eastern and Western. Its training is based on the method “Read, Speak and Write Words and the World”, inspired by the Freirean legacy and coordinated by the Internationalist Brigade of the MST Samora Machel and the Socialist Party.

In its initial phase, the donations of bicycles will benefit more than 10,500 people in just 6 months, contributing to the literacy of thousands of rural workers, where many have to walk tens of kilometres every day to get to school.

Zambia is a country composed of peoples of over 72 different ethnic groups and languages, with a predominance of the Bantu ethnic group – an identity that makes up communities with a vast cultural diversity, present in 22 African countries.

The importance of the programme lies in the fact that over half the Zambian population is not literate in the official language recognised by the government, English. However, literacy in English is necessary for the population to have access to basic health, education and citizenship services and rights, among others.

According to data from the Zambia Demographic and Health Survey (ZDHS), women are the group with least access to formal education in the country: only 10% complete secondary or higher education, a difference of 7% compared to men.

Poverty exacerbates access to literacy, as does lack of access to food. According to the World Bank, Zambia has a very high rate of people living below the poverty line. In 2015, this rate reached 54.4% of the population, placing the country among the 12 worst in the world.

Therefore, the campaign for literacy and access to school, is also linked to training in agroecology, through peasant family farming. In addition to individual contributions, the campaign is supported by international organisations, such as Why Hunger, from the USA.

Check the campaign page by clicking here, and learn more!

With the initiation of the trainings, protection kits against the coronavirus were distributed along with the teaching materials. The classes have a limited number of people within the sanitary safety parameters necessary to contain Covid-19 contagion.

Inspired by the method Speak, Read and Write the words and the world, the project will extend throughout the country prioritising the regions where the rates of illiteracy in the English language are higher, as is the case of Western Province, North West and Luapula where illiteracy rates among the population of these regions reach 47.3%.

The rate of people who neither read nor write English in Zambia reaches 55.3%. According to Chanda Hilton Sibote, national coordinator of the campaign and a member of the Zambian Socialist Party. “All the documents that are really from government, most of them are printed in English language. And English being the official language then, it means a lot to them [Zambians] because they have to be able to read the documents.”

The emphasis on agro-ecology is part of the Socialist Party’s effort to promote an improvement in the lives of the poorest people through healthy food and income generation. For this, they count on the contribution of the MST’s Internationalist Brigade, which, together with local party members, conducts workshops and training in agro-ecological practices concomitant with literacy classes.

Part of the working class living in Zambia’s urban areas is involved in mining, especially copper, and tourism. However, more than half of the Zambian population, about 56%, live in rural areas. And it is also in agriculture where 73% of the country’s workforce is employed.

Agriculture in Zambia is largely composed of smallholder farmers who support their families through subsistence farming. In this context, the campaign has helped these families advance organic food production.

The MST Samora Machel Internationalist Brigade in Zambia has been active in Africa since 2008 on the fronts of education, agroecology and women’s organisation. More recently, as of November 2020, the literacy efforts of the Zambian population have taken on a greater dimension with the Fred M’mbembe Literacy and Agroecology Campaign.

Already this year, 2021, the work carried out by the brigade takes strength with the “Bicycles for Zambia” campaign, which has the challenge of contributing to the literacy of thousands of people in the country’s official language, English, in addition to taking agroecological practices to the interior of the country, where most of the rural workers live.

In the first stage, which will last three months, the campaign aims to make thousands of people literate in the respective regions where it takes place. Paxcina Mundia Imikendu, local coordinator of the campaign in Western province and resident of a region of the Lozi people, where the Silozi language is spoken, says that the number of people in her region who are not literate in English is very high and that this initiative will make 600 people literate, divided into 30 classes.

“The campaign is highly accepted in the region, in the sense that people understand that they will be able to know how to write, read and speak in English, as this initiative will reduce the number of illiterate people in our region,” Paxcina points out. For her, the campaign is also important because as people become more literate they become multipliers of agroecology. In her words, “training a person (in agroecological practices) so that they can train the region’s residents”.

Martha Daka, coordinator of the Socialist Party’s education front and national coordinator of the Literacy and Agroecology Campaign, talks about the reality of the territories she will accompany during the campaign. “Northern Province, Muchinga Province, Luapula Province. 1,800 people will be literate in these three territories. Many of them are illiterate, they didn’t go to school and they live off family farming.”

In Eastern Province, in Malambo District, where the population belongs to the Cunda people and speaks the language of the same name, local coordinator Emmanuel N’mbanda comments on the importance of agroecology for the local population. According to Emmanuel, in Malumbo there are already agroecology experiences, however, the campaign “will help more people to get their hands dirty, while making them aware not to use chemicals that destroy the land”.

The challenge of women’s literacy in Zambia

In Zambia there is no such thing as a fully public school. People who enter school do the primary years of basic education, which are funded by the State, up to the sixth or seventh grade, and are then obliged to pay various fees and costs, which in practice make it impossible for a large part of the population to continue their studies.

Added to these barriers is the problem of the infrastructure itself. In many regions of the country, schools are very far from the homes, often forcing students to travel long distances to get to school.

In the case of women, the reality is even more challenging if we take into account the sexual division of labour. Records show that Zambian women have an average of 5 to 6 children. In this scenario, many women are forced to abandon their studies when they become mothers and start taking care of the house and children.

Regarding Zambian women’s access to formal education, Martha says, “one of the challenges is poverty. Hence women in Zambia stop going to school, they have to pay school fees in full, but they can’t afford the fees.”

English as an official language is also a necessity for access to the world of work and the independence and freedom of Zambian women, Martha reports. “The other thing is the woman, if she cannot read and write, she cannot feel liberated, she cannot feel like she is defending her rights. The changes in the life of a woman [who learns English]; one is that you can communicate with everybody and the other is that you improve in the area of health as well. It helps women to figure out what to do in life. You know when someone can’t speak English they can’t find a job […]. So it really helps for a woman to speak English because she can free herself and help herself and be able to communicate with others.”

*with information from the MST Samora Machel Internationalist Brigade 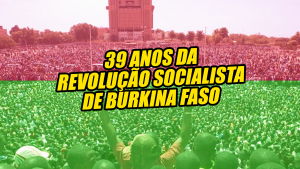 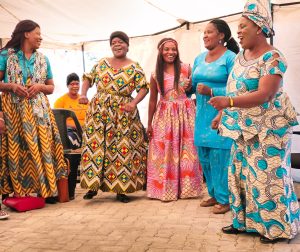 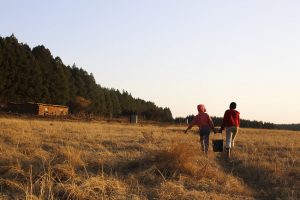