By Lays Furtado
From the MST Page

The reference date of the International Day of Pride for sexual and gender diversity, celebrated among lesbians, gays, bisexuals, transvestites, transsexuals, queers, intersex, asexuals, drags, is marked by the memory of the act of resistance of the Stonewall Rebellion, which occurred in New York, United States, in 1969.

The revolt that took place on June 28 was remembered in actions and protests by the Landless LGBT Collective, with tree planting in settlements and encampments of the Landless Rural Workers Movement (MST). With the motto: “Plant Trees, Produce Healthy Food Without LGBTphobia”, actions were registered in the states of the Northeast, Midwest, Southeast and South regions.

In this way, the actions and plantings in collective efforts in mourning and fighting were carried out in the four corners of the country, also marking the sowing of memory and justice for Lindolfo Kosmask, a young peasant murdered for reasons of homophobia, and by all the victims mown down by LGBTphobia in Brazil and in the world. The demonstrations are necessary, as Brazil is considered one of the countries in the world that most discriminate and murder LGBT people.

In national and international actions, protesters also called for justice for Marielle Franco and Lindolfo Kosmaski, as happened during the Queer Liberation March, held Sunday June 27th. On Monday June 28th, there were also street demonstrations in Recife-PE, asking for justice for Roberta Silva, a transvestite living on the streets who was burned alive and is hospitalized at the Hospital da Restauração, in the capital of Pernambuco.

Among the national mobilizations there was also a demonstration against the deputy Gilberto Cattani (PSL), who published a homophobic publication on his social networks. The action was carried out by the Collective LGBT Sem Terra and Levante Popular da Juventude, in front of the Legislative Assembly of Mato Grosso (ALMT), Cuiabá, where the complaint was exposed: “LGBTphobia is a crime, the death of LGBTs is the result”.

Brazil the country that kills the most LGBTQIA+ in the world

According to the report of the International Lesbian, Gay, Bisexual, Transgender and Intersex (ILGA) Association, Brazil ranks first in the Americas in the number of murders of LGBT people and is also the world leader in murder of transgender people.

Through data released by the Gay Group of Bahia (GGB), every 19 hours, an LGBT person is killed in the country. And according to a survey by Rede Trans Brasil, every 26 hours, a trans person is murdered in Brazil. In addition to being usually violent deaths, the life expectancy of transvestites and trans women in Brazil and Latin America, as a whole, is 35 years – which shows a sample of a brief and tragic future.

Also according to the report “Observatory of the Violent Deaths of LGBTI+ in Brazil – 2020”, carried out by the Gay Group of Bahia and by the LGBT+ Events Art and Policy, from Florianópolis, at least 237 people died due to LGBTphobic violence, of which 224 were homicides (94.5%) and 13 suicides (5.5%). Considering 70% transvestites and transgender people, 22% gays, 5% lesbians, 1% were transgender and lesbian men, in addition to 2 cases where heterosexuals were confused with gays (0.4%).

The number would represent a drop of 28% compared to 2019. However, there are reports that such drop in the record of deaths from LGBTphobia is due to underreporting of cases. Since there are no official government records to verify them, and the survey is carried out by the organizations in defense of the LGBTQIA+ cause, based on deaths reported by the press and social movements. 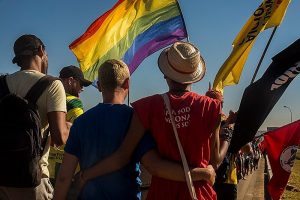 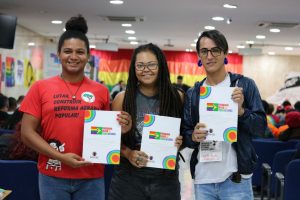 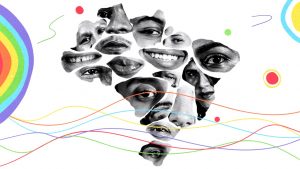