By Lunamar Cristina and Wesley Lima*
From the MST webpage

The main challenges of the Lesbian, Gay, Bisexual, Transgender and Intersex (LGBTI) struggle in the countryside, from a national and international perspective, was the main topic of discussion on the last day of the Sexual and Gender Diversity Seminar of Via Campesina Brazil, held remotely this past Saturday (July 31st).

Around 100 LGBTI people from several movements and popular organizations that are articulated around Via Campesina participated in the debates of the Seminar, discussing issues such as ancestry, territory, intersection, sexuality, class, race and gender. The activity took place between 24 and 31 July.

Besides these themes, the experiences of Via Campesina International and, consequently, the challenges of the sexual diversity debate also appeared strongly in this last day of discussions. For example, Cony Gonzalez, from the Organization of Peasant and Indigenous Women (Conamuri) from Paraguay, spoke of the main difficulties of inserting the debate.

She explains that the reflections on sexual and gender diversity, besides being recent in the country, are faced with a “stigma about the experience of sexuality of LGBTI subjects, being considered bad”. Cony says that in Via Campesina Paraguay the beginning of these discussions occurred when the issue stopped being minimized and was incorporated as an important task, by taking a strategic position in the struggle against patriarchy, capitalism and extractivism.

Cony goes on to say that “as subjects we will transform life and so we need to talk about all the oppressions that are running through our bodies, our communities, our countries. And for that, we need to build safe spaces in our territories.”

In this sense, Viviana Rojas, member of La Via Campesina International, presented some instruments created by the organization that contribute to the legitimacy of the debate on sexual diversity in the countries. Among them was “Peasant and Popular Feminism”, whose construction and boldness is strongly linked to the resistance struggles of rural women, articulated in La Via Campesina in a context of confrontation with colonial and extractivist capitalism that for centuries has exploited lands, territories and natural resources.

Besides the Feminist perspective, Rojas also mentioned the “Declaration of Human Rights in the Territories”, which brings preliminary notes on the fight against violence in the territories and the need to build public policies for peasants, regardless of their sexual orientation or gender identity.

“We have a path in South America and Europe to share experiences and build spaces. We also believe that Feminism needs to go beyond, and work with Sexual Diversity. We also need to recognize and position ourselves as active subjects in the struggle for land and food sovereignty. We have already proved that in Via Campesina we have the creativity to build and the boldness to build this debate.”

The concrete questions that involve the debate of sexual diversity in the Brazilian countryside go mainly through understanding first the diversity of struggles that are established in the national territory. In other words, we are not talking about a single field, but about all rural, water and forest peoples that build resistance and fight for basic rights, such as their own access to land and to their territory of origin.

Tanaíra Sobrinho, a Terena indigenous woman from Mato Grosso do Sul and member of the Tibira Collective, said that there is an erasure of indigenous peoples in the general agendas of the LGBTQIA+ Movement and an invisibilization of the subjects within indigenous organizations. “Coloniality is very present in our lives. Generally, Brazilian society knows little about the 300 peoples who live in our territories. And this narrative constructed about the peoples in school textbooks hardly represents us”, she explained.

About the confluences, Sobrinho said: “We have in common our claim for our territories. For the right to be, to exist. […] This debate is also important so that we can advance in the access of public policies to popular indigenous LGBTI people”.

In this sense, Débora Gomes, from the National Coordination of Articulation of Quilombos (Conaq), said that LGBTI quilombola self-organisation has always been invisible and the retaking of the territories was considered the only priority agenda.

She stressed that there can be no distinction between the struggle for quilombola territories and sexuality, taking into consideration that the territories are composed of subjects that live and express sexual and gender diversity on a daily basis. On the other hand, Débora said that there are subjects that “cannot show themselves as such. We need to shape our bodies to take care of the land, and that makes my body not part of the territory”, she explained.

“Today we have been able to open up and talk more. A while ago I didn’t know other LGBT quilombola bodies. Today we talk about it. And last year Conaq made a post on social networks to commemorate LGBT day. A small post makes a big difference,” she said in a celebratory tone.

Around the main challenges of sexual and gender diversity, Erifranklin Santos, from the Small Farmers’ Movement (MPA), organised them in what he calls a tripod: organisation, training and struggle.

In summary, he said that the organizational processes of the discussions in Via Campesina Brazil take in a great deal from the experiences built by women, presenting two axes as central: identity and welcoming in. The perspective of identity is based on thinking about the construction of this subject in his territory and how his sexuality is expressed there. About acceptance, he points out that this is a fundamental task of the Via Campesina’s LGBTI Collective, building safe spaces for free expression, not only of sexuality, but also to confront violence.

In the formative dimension, Erifranklin argued that the formative process needs to go hand in hand with the dispute over education. “We need to question the education we are building and, at the same time, strengthen the struggles in defense of access to it and the guarantee of it in our territories”. He also said that education is the fundamental basis for the formation of awareness and the construction of new subjects, so it is important to think, in an organized way, about the educational and training processes in the LGBTI Collective of La Via Campesina, but also to incorporate this issue in other pedagogical and educational spheres of popular movements and organizations.

Finally, on the struggle, he stressed that the processes of struggle need to guarantee full living conditions: “Material conditions, such as access to public policies is extremely important and our struggle needs to express this.”

*Lunamar is a member of the Peasant Women’s Movement (MMC) PR and Wesley is a journalist and member of the LGBT Collective of the MST and Via Campesina Brazil. 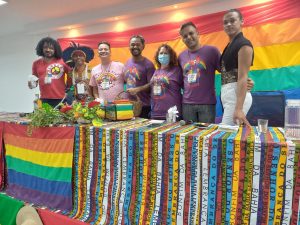 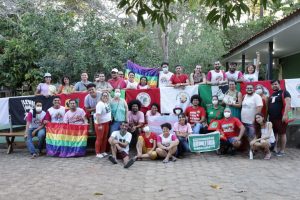 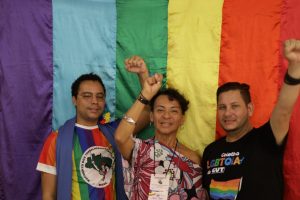