We were unable to oust the government, despite the crimes committed and more than 130 impeachment requests. Still, last year we recovered the streets with significant mobilizations in more than 500 cities across the country. From this process, we started 2022 with the popular forces united around the candidacy of Luiz Inácio Lula da Silva (PT) and recognizing  him once again as the spokesperson for the urgent need for change in politics and the national economy.

Last year was one of hardships for the Brazilian people. It’s greatest symbol was the loss of thousands of lives due to the negacionism and incompetence of the federal government. Millions more were thrown into the gutter, without work and income, with the return of hunger in addition to food, fuel, and rent inflation. The needs of the majority are immense, and, certainly, we will have a period marked by struggles in defense of urgent solutions to these problems, which cannot wait for the elections.

We have never seen so many environmental crimes committed by the capital in all regions of the country. Mining and agribusiness, in addition to the intensive use of pesticides, affect people’s lives with climate change and the pollution of air, water, soil, and agricultural products.

In rural areas, public policies for food production, such as the distribution of land, the program for the purchase of produce, and to supply school meals — in addition to technical assistance, housing, and education programs for settlers — were paralyzed. On the agricultural frontier, actions of violence multiplied, from invasions to murders of indigenous peoples, ribeirinhos, and quilombolas.

As if that weren’t enough, the government and its neo-fascist troupe tried to impose defeats on the MST by carrying out evictions in symbolic areas, such as the Paulo Freire Center in Caruaru (Pernambuco), the Campo do Meio settlement in Minas Gerais, and the illegal use of the National Force against settlements in southern Bahia. On all three occasions, we received solidarity and we were able to prevent evictions. We managed to defeat the insanity of the  repression.

Even in an adverse situation, we delivered thousands of tons of food in solidarity to families in need across Brazil, under the motto “plant food to cultivate solidarity.” While the insane captain was out on a jet ski by the end of the year, we took several truckloads of food to southern Bahia, as we have done for the past two years, dedicanting ourselves to increase food production and strengthen agrarian reform cooperatives.

In this way, we contribute to the process of raising awareness and to prepare the people to mobilize for a new government. Only unity around a new national project will enable the reorganization of society to face the perversity of the greatest capitalist crisis we have ever experienced.

Building a project is not just an exercise in writing ideas. It is, above all, to debate with the people, from the perspective of the organized sectors of the society, the severity of the crisis, its causes, emergency measures, and structural changes. To solve the problems of the Brazilian people, it is not enough to elect Lula. The people needs to build, participate and fight for a new project for the country.

Therefore, there is broad unity among popular forces to combine a mass campaign with the debate of proposals for a new popular project for Brazil through the organization of popular committees in all possible spaces.

Thus, I hope that 2022 will be a year of awareness and popular participation, as Paulo Freire dreamed, to discuss a project for the country as Celso Furtado always defended, so we can overcome poverty and hunger, as Josué de Castro and so many others who preceded us fought for.

*Joao Paulo Stedile is economist, militant of the MST and of the Brazil Popular Front 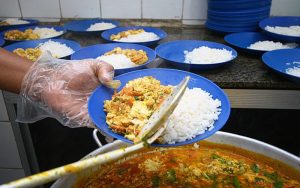 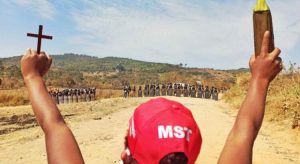 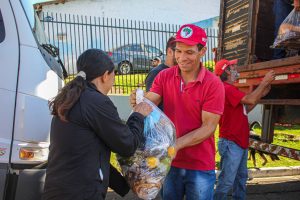