With the objective of fighting for the extension of ADPF no. 828, the rule that put a moratorium on evictions, the Campaign for Zero Evictions calls for people to take to the streets across the country this Thursday March 17 for the National Housing for Life Action. The rule had protected thousands of urban and rural families from removals and evictions.

Events are being convened for the main capitals of the country. Rio de Janeiro, São Paulo and Brasília are already being mobilized and more states are organized.

The ADPF, spurred by various mobilizations, struggles and political coalitions, was granted in June 2021 by the Federal Supreme Court (STF). At that time, evictions and removals during the pandemic were suspended for six months. It was then extended to March of this year and the next mobilizations on March 17 are demanding that the ADPF remain in effect.

According to Ana Moraes, from the national coordination of the MST, we are at a crossroads, as the period of suspension of evictions given by the STF expires on March 31, 2022. But the most vulnerable population continues to experience multiple crises, with rising inflation, unemployment and hunger and unequal access to vaccination and ways to guarantee the right to health, “all this in a context of the total absence of public policies”.

“Although in December the STF demanded that the National Congress act on the need to increase the period for suspending evictions, given the recess and a conservative environment linked to the interests of agribusiness, this did not happen. Therefore, the Zero Eviction Campaign pleads with the STF to extend the period of suspension of evictions, to guarantee the human rights to health, life, and housing of urban and rural communities”, explains Moraes.

In the countryside, more than 200 MST areas are threatened with eviction. This directly impacts the lives of 30,000 peasant families. In an interview with Página do Movimento, Kelli Mafort, also from the coordination of the MST, says that evictions are an injustice, and that in the Bolsonaro government it is a project at the service of capital, agribusiness, mining, and also real estate speculation.

In agreeing with Mafort, Ana Moraes declares that for the MST, eviction at any time is an act of violation of human rights, as the occupation only exists because living, planting, and eating is a privilege.

For us, the occupation is a legitimate struggle of peoples and cannot be criminalized. However, eviction in the pandemic is an inhumane act, even more so with the worsening of the social crisis in the country. Tens of thousands of families will be affected in the countryside, with approximately 20,000 children up to 12 years old. This is very serious!”, says Ana.

For her, it is also necessary to denounce the “true invaders that are the agribusiness and mining corporations that are invading peasant, indigenous and quilombola territories, through cooptation and violence, so they want to regularize land grabbing, make environmental licensing more flexible, expand the poisons package and release mining.”

At least 132,000 Brazilian families are threatened with eviction

Since March 2020, when the World Health Organization (WHO) announced the Covid-19 pandemic and social isolation measures, the number of threats of removals and evictions has increased, making it impossible to implement the health security measures indicated by the WHO and reinforced by the Brazilian Ministry of Health itself.

The political and social crisis in the country has generated a deepening of inequalities. Hunger, poverty and unemployment are part of the reality of the majority of the population and the scenario of instability and insecurity of the new coronavirus has worsened the living and survival conditions of thousands of families.

According to the Brazilian Institute of Geography and Statistics (IBGE) the total number of Brazilians who are hungry has grown by 3 million people in the last five years. The situation of urban and social inequality has been deepening and the set of organizations that make up the Zero Eviction Campaign point out that it is the duty of the public power to guarantee the life and safety of the population.

In addition to the families currently threatened with eviction, the balance sheet shows that more than 27,600 families were evicted during the pandemic. The number, which represents a 333% increase in the number of families evicted since March 2020, could be much higher if there were no measures such as the injunction, which guarantees a mechanism for the legal suspension of repossessions across Brazil.

As a result of crises, removals and evictions, the number of homeless people has skyrocketed in recent years, and many others are threatened to live in these conditions. According to a survey by the São Paulo State Movement for the Homeless, the most populous city in Brazil, it shows that the number of homeless people has grown almost three times from 2019 to the present day, reaching more than 66,000 people. 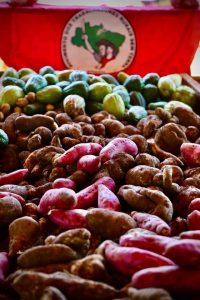 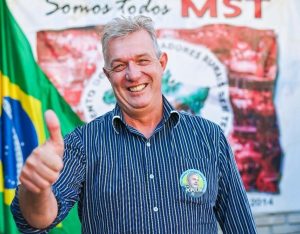 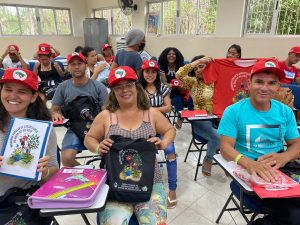