Brazil’s former President Luiz Inácio Lula da Silva gave an email interview to Brasil de Fato on the country’s current situation, particularly the deregulation of the labor market and worsening living conditions that affect the general population. To him, “what generates jobs is people being able to purchase, having a dynamic economy, a real economy, not speculation”.

“The stability presented by a formal job is also transferred to the economy. We can plan a trip to see the family, buy a refrigerator or prepare a barbecue to celebrate a birthday”, Lula highlights.

The country’s former president also discussed the deregulation of the labor market and the illusion generated by the so-called “entrepreneurship”. “Every worker’s dream is having no boss. However, it was created an illusion that they wouldn’t have a boss, but then a worse boss was crafted, an invisible one, plus a chain [created] from a cell phone app, a work without rights”.

See below for the interview which is also part of the print special edition of Brasil de Fato nº 19 on the work issue.

Brasil de Fato: Besides the high level of unemployment, Brazil is currently experiencing a dwindling in the average income of workers due to the rise in informal jobs. What measures the public administration can take to stimulate the creation of formal jobs? How may the increase in formal jobs impact the country’s economy?

Lula: The State needs to believe in and build the future of Brazil and not be a wrecker such as the current Brazilian government. We have to make the necessary infrastructure works and stimulate economic sectors that generate jobs and income, listen to all sectors of society, and assist the poorest populations so they can live a decent life and take part in the economy. We must support food production and regulatory stocks [of grains and other products] to lower food prices. We need to use reais [Brazil’s currency] to charge fuels instead of the dollar price on the international market. To support people to renegotiate and pay their debts. That’s how we will begin to move the economy ahead because what generates jobs is people being able to purchase, having a dynamic economy, a real economy, not speculation. When a worker has a good job, it keeps the business and industry thriving.

At the end of 2014, Brazil had an unemployment rate of 4.3%, almost full employment, comparable to France and Sweden. We created 22 million formal job posts. The stability presented by formal jobs is transferred to the economy. We can plan a trip to see the family, buy a refrigerator or prepare a barbecue to celebrate a birthday, thus keeping the economy flowing.

The policy of valuing the minimum wage was abandoned by the Temer government and came to an end in the Bolsonaro administration. How significant is the resumption of this policy for the working class and the economy as a whole?

Everybody is experiencing the impact of inadequate salary readjustment in their daily lives. It’s evident when you have to reduce your grocery list by half or get into debt to pay the light bill. Nowadays, one out of three Brazilian families has overdue bills. The poorest families are the most affected. They suffer more and are living in far worse conditions than before. It is worth remembering that when we [the Workers Party] were governing Brazil, the minimum wage increased by 74%, and more than 80% of the readjustments of the unionized classes were above inflation rates. It guaranteed purchasing power. Today, only 15,8% of readjustments are above inflation. The rest equals or falls below inflation. It means that Brazilians are earning less, have fewer jobs, eat less, and are getting into debt more frequently.

In recent times, entrepreneurial logic has gained more traction in Brazil because people think losing rights is a natural way to keep a job, even a precarious one. It ranges from the narrative of private initiatives with small capital to the precariousness of drivers and app delivery workers. How do you see this moment in the labor market?

Every worker’s dream is having no boss. However, it was created an illusion that they wouldn’t have a boss, but then a worse boss was crafted, an invisible one, plus a chain [created] from a cell phone app, a work without rights. And the dismantling of workers’ rights didn’t increase job offers, as some say. What did increase was the informal job offer without welfare and social security. The young man who delivers food isn’t undertaking entrepreneurial ideas. He is earning some cents. Sometimes, he is starving and has food on his back while the app owner profits millions. If he suffers a bike accident, he has no social security, medical insurance, or disability insurance. He has nothing. The social welfare deficit increased after the welfare reform because people aren’t paying social insurance contributions anymore.

The moment is difficult. We need to discuss it again. Therefore, I have made evaluations and talked with the government of Spain, where there was a negotiation with workers and entrepreneurs to review the labor reform to recover the quality, stability, and strength of the Spanish labor and consumption market.

Unemployment is a general concern. Nevertheless, during the pandemic, it affected some social groups in particular, such as young people, women, and Afro-Brazilians. How is it possible to address these groups in order to tackle inequality in the labor market?

We need to reduce racial and gender inequalities in the labor market. It is necessary to create jobs and once again expand the education offer. Brazil had a growing number of Black students at the universities, more people who were among the first of their families to graduate. It formed a generation that is making pressure for more diversity in workplaces since it is over the idea that there weren’t well-prepared women and Afro-Brazilians to occupy the more qualified job positions in the labor market.

Since the coup against President Dilma Rousseff, the unions have been targeted by the federal government and the National Congress. How to reverse this situation?

The coup was not against Dilma. People know now, six years after the coup, that it was against the Brazilian people: against workers and the country’s sovereignty, which is destroyed.

They included in it the persecution of unions. Unions have to be strong and develop new relations not just with their supporters’ base, but also with the new work categories that have been emerging. They hold fewer rights than the factory workers. We need to talk with those who realized that the attacks on unions and the Workers Party were, actually, attacks against people’s rights. The precarious and wild conditions imposed on workers need to be explained, not accepted. 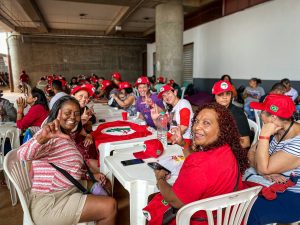 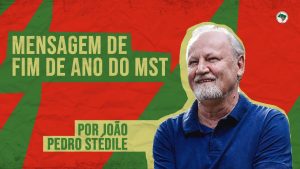