Licensed Indigenous expert Bruno Araújo Pereira, from Brazil’s National Indian Foundation (Funai, in Portuguese), and reporter Dom Philips, who collaborates with the British newspaper The Guardian, have disappeared during an expedition in the Javari Valley, west of the Amazon region. Pereira accompanied the journalist on a trip to the region, where native communities and riverside dwellers far from urban centers have been targeted with increasingly frequent invasions.

The disappearance occurred more than 24 hours ago while they were visiting riverside dwellers. This Sunday (5), they arrived at about 6 a.m. in the São Rafael community, where they were supposed to meet a local leader. Unable to locate him, Pereira and Philips headed to the city of Atalaia do Norte. However, they did not complete the route, which should have taken about two hours.

The disappearance was made public this Monday (6) in a statement signed by the Union of Indigenous Peoples Organizations of the Javari Valley (Univaja) and Observatory for the Human Rights of Isolated and Recently Contacted Indigenous Peoples (Opi), both entities with which Pereira worked in partnership.

“We highlight that in the week in which the disappearance happened, according to reports from Univaja’s collaborators, the team were threatened while working”, says the statement. Recently, Indigenous organizations have already filed reports of intimidation with the Federal Police, the Federal Public Ministry, the National Human Rights Council, and the NGO Indigenous Peoples Rights International.

Unijava’s teams thoroughly covered the route Pereira and Philips should have taken, “but no traces were found”, the statement informed. “The last account of someone seeing them was in the São Gabriel community, located down São Rafael, with people saying that saw the men on a boat heading towards Atalaia do Norte”, the entities said.

The Indigenous expert denounced the dismantling of Funai

Experienced and having in-depth knowledge of the region, Bruno Pereira is an Indigenous expert committed to the defense of Indigenous peoples and denouncing of the dismantling of Funai under Jair Bolsonaro (Liberal Party). “The public servers are being silenced; long-time public servers are being removed from strategic positions. Funai is being taken over by interests that are not of the Indigenous peoples,” he told Brasil de Fato in 2019.

Journalist Dom Philips is a prominent international reporter that worked for The Washington Post, New York Times, and Financial Times. Living in Brazil for more than a decade, he resides in the state of Bahia. Among his colleagues, he is known for his admiration for the Amazon, to where he traveled intending to expose the impact of crimes by environmental criminals.

Funai said to Brasil de Fato that “we are in contact with the security forces that work in the region and are collaborating with the searches.” The agency also pointed out that Bruno “was not in the region on an institutional mission, given that he is on leave to deal with private interests”.

On social media platforms, political figures and public figures linked to the socio-environmental issue expressed their concern and demanded commitment in the search for Pereira and Philips. 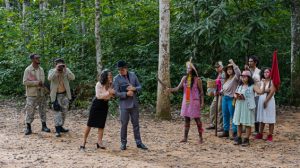 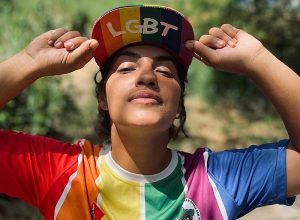 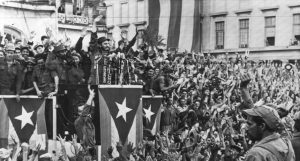