Luiz Inácio Lula da Silva of the Workers’ Party emerged victorious in the historic elections held in Brazil on October 30. With almost 50.9% of the votes, Lula, a trade unionist who was also president from 2003-2010, defeated incumbent Jair Bolsonaro of the Liberal Party who got around 49.1% in the run-off election. His campaign for this election was driven by the left, people’s movements, trade unions, and radical and progressive forces across the country.

In this two part interview series, we speak to Joao Pedro Stedile of the Landless Rural Workers’ Movement (MST) about the implications of Lula’s victory for Brazil and the world and the challenges he will have to surpass in order to fulfill his election promises.

Peoples Dispatch: What is your major take away from the victory of Lula da Silva in the election on October 30?

João Pedro Stedile: The electoral victory was very close. But that does not reflect the correlation of forces in society. Over the past few months, the crisis has deepened significantly, in the economic, social areas as well as with environmental crimes and the political crisis itself.

Now the bourgeoisie changed its position. Only a small part supported Bolsonaro. Even his biggest support in terms of resources, was from the extreme right-wing in the United States, from the Republicans, from Bannon. It is said that they sent 40 million dollars to [the Bolsonaro campaign], in addition to equipment, and people to manipulate social networks.

This changed the correlation of forces in society.

So I wanted to convey to you that, despite the close election victory, in Brazilian society there is a broad spectrum of social and popular forces that support Lula. And that is why his victory is more than electoral. His victory is a political and social victory that gives us strength to begin making the necessary changes in the country.

PD: What is your perspective on the pro-Bolsonaro blockades that took place across the country?

JP: Well, Bolsonaro managed to become a leader using all possible resources in those four years of an extreme right wing [government].

But who are these militants of the extreme right?

They are a fraction of 10% of the reactionary right-wing white middle class who follow their leader Bolsonaro. But they’re not even a majority in the middle class, by and large. What happened? They are very influenced by that international coordination that exists globally of the extreme right. That’s the great novelty of the last six years that the extreme right in the world began to work together in various countries and help each other. And they have the same characteristics and that’s why they adopt the same tactics.

[The Bolsonaristas] lost the election, and oriented by that international bloc, they applied here what they had applied in Bolivia and what they had applied in the United States with the defeat of Trump. What happened both in Bolivia and in the United States? Their leaders are in jail and they did not achieve the support of the majority of the people.

The same thing happened here. Immediately after the defeat, those radicalized sectors, which are a minority, tried to block the roads with the support of sectors of the police, which was the same thing that happened in Bolivia and the United States.

But the major forces within Brazilian society, and the business community itself, the great majority were against it. And that created even greater isolation of Bolsonaro.

Bolsonaro did not know how to take advantage of the 58 million votes [that he won]. He essentially threw those votes away because in two days the public opinion of all Brazil turned against them because of the road closures. To the point that Bolsonaro had to go on television and ask them to stop. So, little groups of them went then to the barracks.

Saying what? Crying out to the military to stage a coup to prevent Lula’s inauguration. But all these are acts of desperation of an extreme right wing that in reality has no social strength. Because if they were an organized social force, they would have carried out the coup before the elections and not now, when they are becoming more and more isolated.

PD: What will be the major challenges that people’s movements will have to face with the incoming Lula government?

JP: There are many challenges. The first challenge is that the popular forces have to maintain unity, like what we built in the campaign “Out Bolsonaro”. We have also built it with an organizational process that we call the Popular Committees, and we have managed to to organize around 7000 Popular Committees throughout the country.

Our intention is that these committees are not just electoral, but that they should be permanent committees and that from there the ideological struggle in society will be waged, with action on social media.

And the first task now is to try to discuss with our rank and file about an emergency plan that Lula must implement in the first four months of government from January to April.

This emergency plan has to address the key problems that the people are facing, with concrete measures that help to solve their needs. And above all to show to the people, that there have been changes not only of the president, but changes in the policy in the country.

We believe that it is necessary to have concrete, immediate measures to confront hunger, [which will need] quick food production, and there the peasantry will have an important role. It is necessary to have measures to tackle unemployment, which affects 70 million people and for that we have to restart the building of housing for the people, because it is a way to recover industry and employment. And we have to invest and put a lot of money into education so that young people can go back to school and especially to university. Throughout this crisis, 3 million young people dropped out of school and withdrew from university because they had no way to survive. So we have to bring back those young people who want to study but do not have resources.

And we must invest heavily in the Unified Public Health System, called SUS, because with more investment in public health we can hire more health professionals, deliver more medicine to the people and in this way you also solve the serious health problems that we are currently facing in the country.

So, in general, those are some concrete measures and in these coming weeks we will be discussing and coordinating so that the popular committees can discuss them and at some point by December we can present these proposals to the incoming president Lula.

PD: How do you think Lula will handle international relations with countries of the Global South, especially Latin America?

JP: Personally, I believe that the easiest and most visible changes the new president can make or the new government of Lula, will be in the international realm, because Lula has an internationalist vision.

He can become a great international leader and join the efforts of President Xi of China, of Pope Francis, who is a leader for Europe and the Western Christian world. And Lula emerges here in Latin America, also as a leader.

In his previous governments he visited 88 countries, and had opened doors of relations with Africa, with Asia, with the Arab world. So I think that Lula’s policy towards the Global South will be very effective in two directions.

First, in relation to Latin America. We have a new correlation of forces. The big countries are ruled by progressive governments like Mexico, Colombia, Venezuela, Argentina and Brazil. And that allows a correlation of forces with which we can retake the unitary processes that had been started before and that in the last four years were slowed down. I am referring to CELAC which can be a necessary alternative to the OAS, that in spite of the changes of governments, continues to be manipulated by the United States. Transforming UNASUR into a large South American bloc. Mercosur, I believe that more than being of the Southern Cone, it has to become an economic bloc of South America. And also to promote other initiatives such as the Bank of South and projects of Latin American integration.

At the level of the Global South, I believe that the main instrument that Lula is going to work for and recover is the BRICS. BRICS for now consists of five countries, but the Chinese and the Russians have the political will to expand the BRICS and hopefully become a powerful economic bloc to confront the decaying imperialism of the United States and not to be following what the Europeans think. Argentina has already expressed its willingness to join, [as well as] Saudi Arabia, Nigeria.

So I think that Lula is going to work so that many governments will be able to participate in the BRICS and broaden participation. And from there it would become a very important economic bloc.

Lula is also committed to building a new international currency because the Dollar only serves the interests of the gringos. The Euro is in decline. So, there is a need to build a new international currency. It is not about changing to the Chinese currency. It is about building a new monetary reference that can serve as a parameter for commercial relations without any country having the right to issue currency, as is the case of the Euro and the Dollar, which is also a way of exploiting the Global South. And I believe that Lula is also going to push for several mechanisms to defend nature and expand trade with the Global South, be it from Latin America to Africa, be it with Asia.

So I am very optimistic with the changes that Lula will surely push fora in international relations. 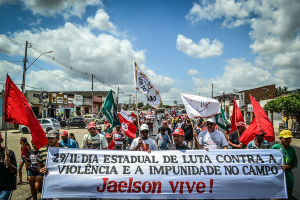 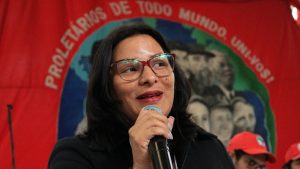 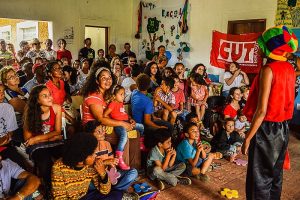