By Solange Engelmann and Geanini Hackbardt
From the MST webpage*

The MST considers land as a common good, as well as the other goods of nature: water, air, sun, forests. The Movement fights the idea that these goods become merchandise or are privatized by private groups, companies, politicians and governments, in the service of profit and destruction.

According to Antônia Ivoneide, a settler in Ceará and leader of the MST’s production sector, known as Neném, for the MST, the land belongs to all landless workers. “We are against this process of privatizing common goods.”

But after the coup of 2016, Agrarian Reform has suffered several attacks, deepened by the Bolsonaro government, such as the dismantling of agrarian policies and incentives for family farming. The demarcation of indigenous and quilombola lands was suspended and environmental enforcement policies were destroyed. Among the most recent attacks is the Titula Brasil program, created by the federal government. The program removes the attributions of land titling and regularization from the Ministry of Agriculture and from the National Institute of Colonization and Agrarian Reform (INCRA), and transfers them to the municipalities.

The programme facilitates the regularisation of land grabbing, since the pressure of landowners, companies and parliamentarians linked to agribusiness is greater in the municipalities. The harassment and pressure from those groups, and from INCRA itself, on settled families to “opt” for private land titling, by means of Title Deed (TD), is also growing, which then allows for the sale of the lands destined for Agrarian Reform, taking away from the settled families their own right to the land, collectively conquered after years of struggle by the landless families, sums up Neném.

“What is behind all this is the great interest of agribusiness in appropriating public lands. Because it is much easier in the municipalities, the pressure is directly there, than at the federal level itself,” she explains.

For Dilei Schiochet, of the National Directorate of the MST in Paraíba, what lies behind the Titula Brasil programme is a return to the privatisation of land in Brazil and the appropriation of land from the Agrarian Reform settlements, which will be made available to the market.

MST is not against titling, but defends another proposal

At the same time, the leader of the MST’s production sector explains that the Movement is not against land titling, but defends the Concession for the Real Right of Use (CDRU) for the Popular Agrarian Reform settlements, which guarantees the settled families the ownership of the land and thus avoids the loss of the right to remain on the land and the policies conquered.

“The Movement argues that CDRU is important for settlers, because it legitimizes the settler’s ownership as a definitive title, gives legal security and guarantees regulated possession, and also their permanence on the land. Owning the land does not mean you have to have a private title. What matters to us is to have that land as our own, but as possession, and to be guaranteed within the Agrarian Reform process”.

When a settlement is created, the law guarantees a provisional title, the Contract for Concession of Use (CCU), which regularizes the settler’s situation before INCRA and legal bodies. The CDRU is a definitive title, in which the settled family has the right to ownership of the land, which also guarantees access to credits and other Agrarian Reform rights and benefits. This modality also gives the right to inheritance, guaranteeing that the land is passed from father to son or even to another family, under the same conditions of access to Agrarian Reform. Therefore, in settlements where families opt for CDRU, in addition to gaining the definitive right to land tenure, they also remain as beneficiaries of Agrarian Reform policies.

The MST has been discussing the titling process with the settled families since 1998, with the elaboration of documents and proposals of the Federal Constitution. In the chapter on Agrarian Reform, Article 189, the definitive titling of the area by a concession for use or a private domain title is provided. This debate has deepened in the Movement’s base since 2014, in a pre-coup scenario, and then with the dismantling of Agrarian Reform policies.

In this context, Neném points out that the MST has been trying to raise awareness among settled families about the need to ensure that the option for a land title guarantees legal security for workers, but does not lead to the loss of land rights for future generations. On the contrary, the Title Deed (TD) is a private title, which allows the commercialization of the land, but only after ten years, after payment for the land has been made to INCRA. If they choose this title, the settled family does not have the security of remaining on the land and loses access to the rights, benefits and credits destined for the settlements, becoming a small private producer.

Neném warns that settled families are already being harassed by INCRA, municipalities, agribusiness companies and politicians in “opting” for TD, and there is a tendency for this harassment to increase, as these families will also be isolated by losing the benefits and support they had as settlers. In this sense, the leader adds, the result in opting for private title, in addition to promoting the privatization of the land, causes “the youth, the children today, and the people who are living in the settlements to lose the right to inherit the land, and the right to remain with the possession of the land.”

To prevent the settlements won over through years of struggle by the landless families from being privatized through the titling process, the MST is producing informative materials and holding debates with the families through documents that reaffirm the option for the Grant of Real Right of Use (CDRU).

The national leader of the MST in Paraíba, Dilei Schiochet, stresses the need to continue the grassroots work with the families, to deepen their understanding that the land is a natural asset and should be at the service of the people. “We have a great work of resistance with our base, to inform and train them. Not in the sense of denying the title. All families have the right to the title. But not a title that pledges the land to a bank or a title that a private company can appropriate, to appropriate the land.”

In Piauí, the titling of settlements is happening as in many other states, and although there is a lot of publicity, INCRA has acted little by little, first in areas without MST organization, because, according to the state national leader, Josiel da Silva Santos, “they already know our position”. Incra has called companies to go to the areas to offer land demarcation services to settlers. He warns that “these companies that are going to the settlements charge for the demarcation value. It is absurd”.

Even with all the pressure, the settled families continue to resist and debate the issue in various places, which has contributed to two MST settlements in Piauí winning the CRDU through internal organization, opting for this document rather than the private title.

However, such areas were conquered through the Piauí Land Institute (INTERPI) and it was through it that the actual concessions of use of the 8 de Março settlement, titled in 2019, in the municipality of Teresina, were given individually to each family. In the settlement Jaelson dos Santos, in the municipality of Pio IX, the CDRU was conquered collectively this year, on behalf of the settlement association.

The possibilities, however, vary according to the reality of the territories. In São Paulo, for example, the Dória government, through the Foundation Institute of Land of the State of São Paulo (Itesp), is following the federal government’s line. With that the public areas of the state that were destined for Agrarian Reform can also be privatized. There are several impacts of this.

For state leader Delwek Matheus, the proposal “is unconstitutional” and “will certainly impact on the disintegration of communities. He warns about the threat of this loss of identity and the impacts of the threat of monoculture on natural assets. The Movement proposes that the project be withdrawn from the São Paulo Legislative Assembly and guides the families to opt for CDRU.

In the case of Rio Grande do Sul, it is no different. Ildo Pereira, from the MST’s National Directorate in the state, reports that there is an offensive by INCRA, articulated through the state’s Technical Assistance and Rural Extension Company (Emater), which has pressured settled families to adopt TD.

The main settlements pressured by titling are where the MST’s Popular Agrarian Reform project is most consolidated, such as the Cooperative of Settled Workers of the Porto Alegre Region (Cootap), in Eldorado do Sul, which produces organic rice, and the Roça Nova Settlement, in Candiota, which houses the BioNatur Agro-ecological Seeds Network. However, private titling brings several difficulties to the settlers, who stop receiving federal credits, intended for the settlements by INCRA, and start to depend on municipal governments.

“In the southern half of Rio Grande do Sul, historically underdeveloped, the municipality is unable to provide a public policy to help the settlements, which is directly harmful to the settled families”, summarizes Ildo.

*This content was originally published in the Special Edition of the Jornal Sem Terra of the Campaign Against Hunger, for Land and Life: Out Bolsonaro Genocida. Below is the newspaper for download. 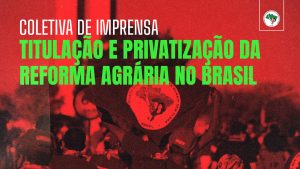 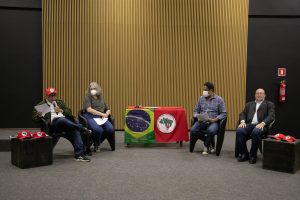 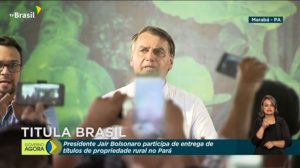