Between the 8th and 17th of April, the MST is organizing the “National Day of Struggles in Defense of Agrarian Reform: for Land, Housing and Bread”, with the objective of advancing in massive struggles, from land occupations, production of healthy food, planting trees and active resistance in the territories, in addition to expanding solidarity actions involving the Movement’s social base as a whole.

This year, the Red April Campaign has as a challenge the massive resumption of land occupations, after the most severe period of the Covid-19 pandemic, in which the Movement had as a priority to care for the lives of Landless families, who remained resilient in productive quarantine, dedicated to solidarity actions against hunger and maintaining health care against the advance of the Coronavirus in the territories of People’s Agrarian Reform that had been won by the MST.

With the motto “For Land, Housing, and Bread”, the MST reaffirms its political commitment to occupy unproductive large estates so that there is democratization of access to land for those who live and work on it, so that it fulfills its social role in the midst of such an unequal Brazil. At the same time, it is dedicated to forging itself as a tool to denouce the destructive model carried out by agribusiness, agro-hydrobusiness and mining. The Landless are also taking a stand and joining forces with city workers to build a people’s project to fight hunger, famine, unemployment and mismanagement.

“We, working class activists, have one certainty, which is the Agrarian Reform that will end the hunger of more than 20 million people. And it is the distribution of land that will allow our people to produce food, and healthy food”, says Antônio Pereira, national leader of the MST.

Among the various activities scheduled in all major regions of the country, the occupation of large estates, as well as marches, rallies, discussions and trainings, stand out.

On April 17, International Day of Peasant Struggle and National Day of Struggle for Agrarian Reform, created in 1997, will be “D” day of the campaign, with a set of national mobilizations for massive tree planting in areas occupied by the landless across the country, in memory of the 21 comrades who fell in the Eldorado do Carajás struggle, a massacre that continues unpunished and completes 26 years without those responsible and those who carried out the crime being held accountable.

The Eldorado do Carajás Massacre took place on the “S” curve, in the municipality of Eldorado dos Carajás (PA), on April 17, 1996. The crime was committed by the Military Police of Pará, which surrounded the mobilization of the Landless on the highway and shot people on the spot, leaving 21 workers dead and another 56 injured and maimed. According to forensics, the location of the shots demonstrated the premeditated murder of at least seven victims.

In view of this, Antônio emphasizes that with each broken fence and each action of Red April, the cry for freedom of the Landless will be given in memory of their martyrs: “where we also denounce the impunity of the Eldorado dos Carajás massacre, which marked the history of the country as the massacre of the struggle for land. 26 years have passed and impunity continues, but we are giving our cry for freedom for our heroes of Agrarian Reform, to which we dedicate not a minute of silence, but a lifetime of struggle”. 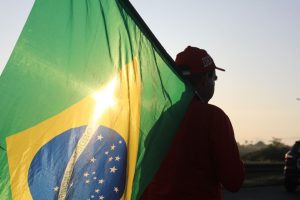 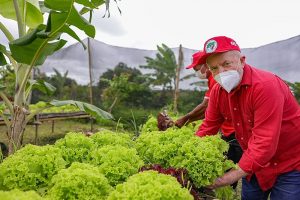 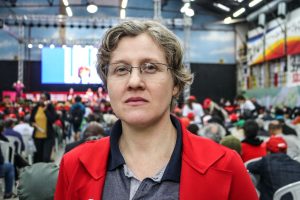