Bolsonaro’s presidential staff created a National Registry of Legal Entities (CNPJ, in Portuguese) for his electoral campaign for reelection using an institutional e-mail of the Presidency of the Republic. The e-mail registered was maur[email protected](link sends e-mail), Lieutenant Colonel Mauro Cesar Barbosa Cid’s institutional e-mail account. Barbosa Cid is one of the president’s advisors.

The choice for a presidential e-mail indicates that Bolsonaro has used public servants in his electoral campaign. The case also demonstrates that the president has used services funded by the government, disregarding the purpose provided for in the rules of the bodies to which they belong.

Before the beginning of the presidential campaigns, when registering candidacies, CNPJ is automatically generated. However, the data used are those sent by the candidate to the Electoral Justice. CNPJ is used in Brazil to open a bank account to receive campaign donations and manage personal resources, as well as to receive the Party’s Campaign Fund and Special Campaign Funding.

Brasil de Fato consulted attorneys specialized in Electoral Law. A document proving Bolsonaro’s CNPJ register generated using a presidential e-mail was presented to them. Fernando Neisser, the founder of the Brazilian Academy of Electoral Law, said that the situation is “very complicated”.

“Naturally, a CNPJ used in a campaign must be linked to the candidate or his/her party. It does not seem acceptable that it is registered in one of the presidency’s institutional e-mail accounts. I see a ‘sealed approach’ to public servants, which can result in a sanction. Of course, it is not as serious as revoking a candidacy. However, it may, at least, motivate the application of a fine”, said Neisser.

Attorney Martim de Assis Arantes states that “unfortunately, this irregular situation is just another example of how the president misunderstands the attributions of employees, of his family members or of his actions”.

The official website of the Electoral Attorney General’s Office of the Federal Public Ministry indicates a series of practices forbidden by the electoral law that may be the case in Bolsonaro’s situation. Among them, there is the use of “material or services paid by the government, which are not for the purpose provided for in the rules of the bodies to which they belong”.

Other prohibited practices include the use of “employees or government employees of any sector to work in campaign committees during their working hours unless the employee took a leave” and “to advertise for a candidate with the free distribution of goods or services paid by the government”.

Brasil de Fato contacted Brazil’s communication secretariat for the presidency (Secom, in Portuguese) to obtain their stance on the matter, but to no avail. In case of a response, the story will be updated. 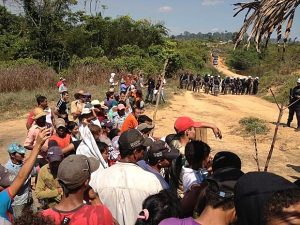 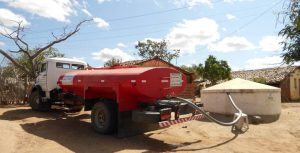 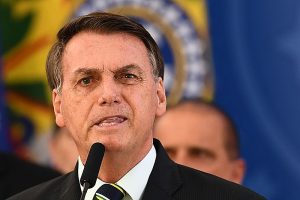