Thousands took to the streets of Brazil to celebrate as Luiz Inácio Lula da Silva of the Workers’ Party (PT) was elected president on Sunday, October 30. With almost 50.9% of the votes, Lula, a trade unionist who was also president from 2003-2010, defeated incumbent Jair Bolsonaro of the Liberal Party who got around 49.1% in the run-off election. Lula is set to be in office from 2023-2027.

Lula’s victory brings hope to progressive political movements in the country as well as the people of Brazil who have been tormented by multiple governments in the last six years following the ousting of Dilma Rousseff.

“There are not two Brazils,” the President-elect said during his victory speech. “We are a single country, a single people, a great nation. It is of no interest to anyone to live in a family where discord reigns. It is time to bring families back together, to remake the ties broken by the criminal spread of hate. No one is interested in living in a divided country.”

President of Brazil Jair Bolsonaro, defeated in the elections, isolated himself after the confirmation of the victory of former President Luiz Inácio Lula da Silva on October 30. The former captain canceled a press statement at the Alvorada Palace, in the capital of Brasília, right at the beginning of the vote count.

Bolsonaro’s seclusion and silence did not stop his supporters from denouncing the election and attempting to reverse its outcome. They took to the streets across the country in outrage, blocking major roads, burning tires and causing damage to public property.

Finally, 45 hours after Lula declared victory in the October 30 elections, Bolsonaro came out of isolation. In a two-minute speech to the nation, the defeated candidate sent mixed signals about the roadblocks carried out by his supporters and expressed gratitude for the votes he received, but did not mention Lula.

Members of the Italian left party Potere al Popolo met João Pedro Stedile, of the Landless Rural Workers’ Movement of Brazil (MST) on Wednesday October 26. The landless workers’ movement leader, who is also a member of the International Peoples’ Assembly (IPA), visited the southern Italian city of Naples while in Italy to participate in Pope Francis’ International Peace Conference.­ 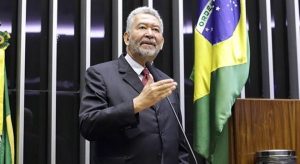 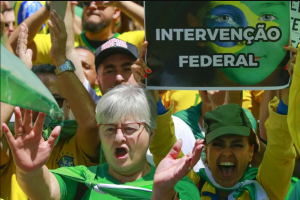