By Miguel Enrique Stedile*
From the MST web site

Some words seem to have disappeared from political grammar in recent years. One of them is certainly “latifundio”. In Brazil, this word has an historical meaning, After all, it was the concentration of land combined with slave labor and monoculture for export that defined the meaning of this nation for five centuries. However, here, thanks to the progressive character of the Land Statute, it has gained another connotation, not only meaning a large property, but a property that does not fulfill its social function and therefore should be expropriated for the settlement of landless peasants.

Today, the word “latifundio” has hidden behind another word, “agribusiness”, usually associated with foreign terms to make it sound modern, “Agro is pop, agro is tech”. Nothing could be more false. What we call agribusiness really is modern because it replaces the ownership of land by former colonels and farmers with ownership by large multinational companies and especially financial agents such as banks and investment funds. But in essence, agribusiness remains a large estate, a large piece of land that not only does not fulfill its social function, but is supported by large public resources, overexploitation of work, intensive use of poisons that contaminate biomes and organizes its production for export, just like the plantation mode of the colonial period.

The last Brazilian agricultural census, in 2017, demonstrates that land concentration remains intense: 1% of landowners control almost 50% of the rural area. In the eleven years between the censuses, 2006 and 2017, land corresponding to 17.6 million soccer fields were incorporated into agriculture, many thanks to deforestation and advancement of grain monoculture in the Cerrado and the Amazon. Of these, 17 million were incorporated by establishments over 1,000 hectares.

Among the numerous public mechanisms to perpetuate the concentration of land is, for example, rural credit. Most of the funds of the Federal Government’s crop plan come from the deposits that the population maintain in banks and that the Central Bank requires financial institutions to designate for rural credit. As the interest paid by agribusiness is lower than market interest rates, the National Treasury “equals” the difference for banks, allocating R $ 11 billion per year of public resources for this compensation. Another R $1 billion is destined by the Treasury to subsidize rural insurance. And on the other hand, the export of commodities by agribusiness is tax-free thanks to the Kandir Law, instituted under Fernando Henrique Cardoso.

As demonstrated by research by the Tricontinental Institute of Social Research, in partnership with the Cooperation Studies Center (Necoop) of the Federal University of the Southern Border (UFFS), credit is a tool even to coerce family farming to plant monoculture. According to the study, cattle and soybean production received 59.9% of the resources of the National Program to Strengthen Family Farming (PRONAF) in 2020, while rice and bean production received only 2.53% of the resources of PRONAF General Funding.

This model rescued another word that had disappeared from our daily lives: hunger. While Brazil recorded a record crop of more than 272 million tons of grain in 2021, the country returned, after eight years, to the UN hunger map, encompassing 28 million hungry people.

More than five decades ago, Pernambuco physician and geographer Josué de Castro became an international reference and first president of the United Nations Food and Agriculture Organization (FAO) in exposing the fact that the origins of hunger were social and economic. For the scientist, hunger was treated by governments as “taboo” or a “forbidden subject”. And among the mechanisms proposed for overcoming hunger was the adoption of agrarian reform.

If the expression “agrarian reform” has disappeared from government programs and public policies, it is largely due to the illusion that the commodity boom of the past decade would be able to support policies without breaking up with financial capital throughout the continent. The pandemic and, before it, the consequences of economic and climatic crises have demonstrated not only the exclusionary character of agribusiness regarding their inability to produce healthy foods for the whole population. On the contrary, the pandemic has become justification for accentuating speculation around prices and inventories, inflating the price of food and aggravating food insecurity.

“Agrarian reform” needs to be put back at the political center, but now accompanied by the adjective “people’s”. Because its goal is to feed the whole population and turn healthy eating into a right in practice. Agribusiness is the vestige of failed neoliberal policies that privatized common goods, such as food, delivering them to market management. People’s agrarian reform, as foreshadowed by Josué de Castro, is an alternative to the crisis of environmental destruction and programmed hunger. But to accomplish it, it is necessary to extinguish the “latifundio”, not just the word, but materially, democratizing access to the land for all peasants.

*Miguel Enrique Stedile has doctorate in History from UFRGS and a member of the Tricontinental Institute for Social Research. 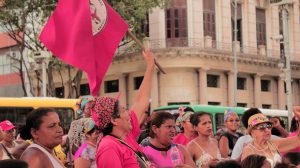 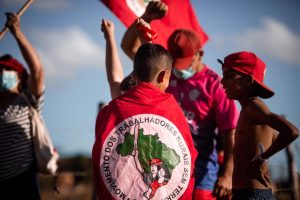 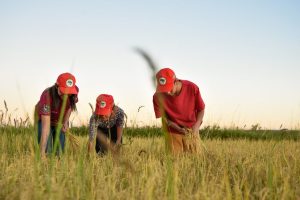 Entenda a fala do Lula sobre MST no Jornal Nacional